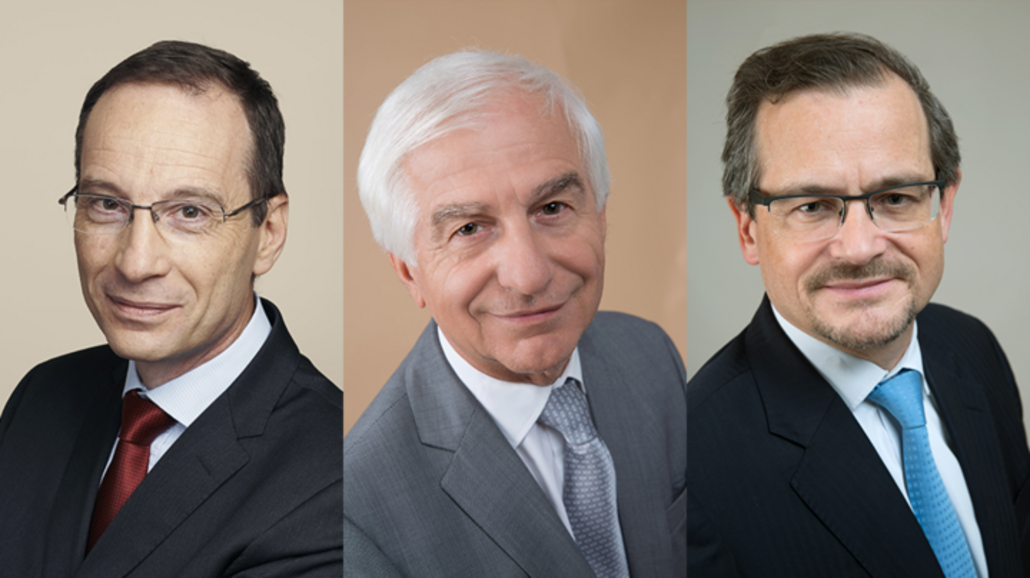 Bernard de Wit is appointed Head of the Steering & Control Division taking over from Bernard Carayon.

Since 2013, Bernard was Head of Support and Business Development which comprises IT, operations and international development coordination. From 2009 until 2013, he held the position of Director of Risk.

Prior to this, he worked as Financial Director for Crédit Agricole’s International Retail Banking network having previously occupied the position of Deputy Director of International Development. From 1992 to 2001, he worked in the Banking and Finance sector at KPMG Peat Marwick in Paris.

Previously, he worked at the Loiret regional branch headquarters of Crédit Agricole as Head of Financial Control and then Finance Director.

He began his career at Fortis – now BNPP.

Bernard de Wit holds a Master’s Degree in Economics and an MBA from the Louvain/Chicago University.

Guillaume Lesage is appointed Head of Support and Business Development

Guillaume previously spent 19 years at CACIB, first in the Finance Department and in the IT Department, where he was Head of studies and then Head of operations. He then joined the Risk Department as Head of organization, projects and counterparty risk management.

He is a graduate of l’Ecole Centrale Paris and holds an MBA from l’Insead.

Since 2008, Bernard worked as Head of the Steering & Control Division which comprises Finance, Risk, Legal and Compliance.

Between 1978 and 2008, he occupied various functions within Credit Agricole Group : between 1999 and 2008, he was Director of CACIB's Risk Management and Compliance Department and he was also a member of the Executive Committee.

Prior to that, he spent 21 years at the Caisse Nationale du Crédit Agricole in the Group’s General Inspection and within the Risk management unit before assuming full responsibility in 1991.

Bernard Carayon began his career as Professor in Economics.