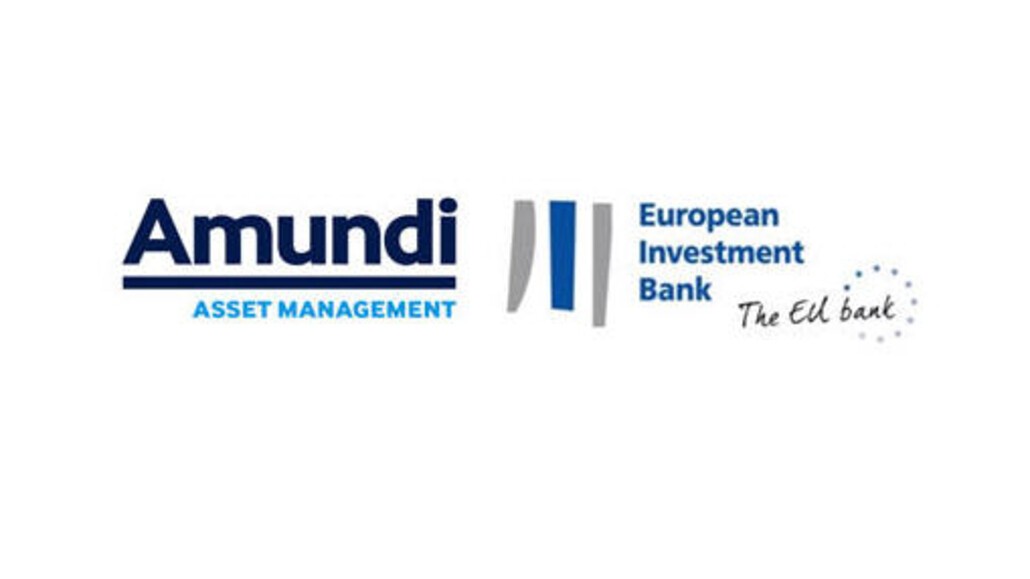 Amundi Energy Transition (AET), the joint venture between Amundi (60%) and EDF (40%) announces that, after only one year of marketing[1], it has raised more than EUR 500 million in equity capital from institutional investors to finance projects for energy transition among French regions and industries. The European Investment Bank, for an amount of 50 million euros, and Crédit Agricole Assurances are the leading investors

Thanks to this capital raising, AET will have an investment capacity in excess of EUR 2 billion (including leverage. AET now aims to invest more than EUR 600 million in green projects for French regions by the end of 2018, which would be significantly earlier than initially anticipated.

To date, five investments to combat climate change have been closed with Dalkia, the French leader in energy services and heating networks.

These investments financed more than 150 energy transition plants for industrial sites and local authorities. These highly efficient energy co-generation plants (or Combined Heat Power – CHP), including two large-capacity biomass plants, have an installed capacity of over 350 MW and represent more than EUR 400 million in investments (including leverage). Local authorities and industrial sites will thus be supported over the long term by local financial partners for sustainable development.

These operations are one of the first concrete green finance achievements combining industry and finance, for the implementation of the COP 21 objectives set out by the Paris Agreement.

According to the UN, cities consume 78% of the world's energy and are responsible for over 60% of CO2 emissions. They are therefore the main target of the French Energy Transition Act which aims to reduce energy consumption and greenhouse gas emissions.

Ambroise Fayolle, Vice-President of European Investment Bank said: "Investing in local sustainable development projects is an obvious project for the EIB, which has set itself the task of supporting local and regional authorities in their energy transition.”

Matthieu Poisson, CEO of AET, adds: "We are very proud to manage one of the very first green finance fund in France with an experienced industrial partner to support local authorities in their sustainable energy transition. Our investment scope has been  built around the expectations of local authorities by offering a 25-year commitment and the capacity to make large or small investments. All these factors have helped us to attract investors with experience in energy infrastructure who are particularly well versed  in socially responsible investment with a strong local dimension."

About the European Investment Bank

The European Investment Bank (EIB) is the EU bank, and together with the European Investment Fund (EIF) forms the EIB Group. Thanks to its reliable expertise and the financial attractiveness of its AAA rating, the EIB Group has doubled the volume of its activities in France since 2012 (reaching EUR 8.7bn in 2017), not only supporting SMEs and innovation but also financing investment in strategic sectors such as climate action, energy, healthcare, education for young people and training facilities. 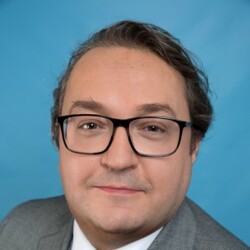 Previously, Matthieu has worked at EDF for 9 years where he first acted as Head of international operations and was then appointed in 2012 CEO of EDEV, the holding company[...] 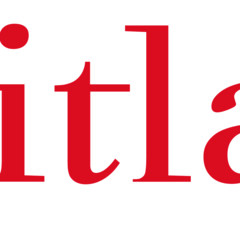 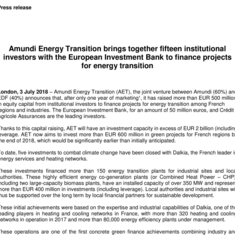